Home / For Kids / 11 Joyful Minute to Win It Christmas Games

Celebrate Christmas in style with enjoyable games and activities enlisted here. Though we already have a post on minute to win it games, a Christmas edition was worth creating. Kids would fall in love with the ideas. Even adults would find the games interesting. They can be played in the classroom as well as the office. 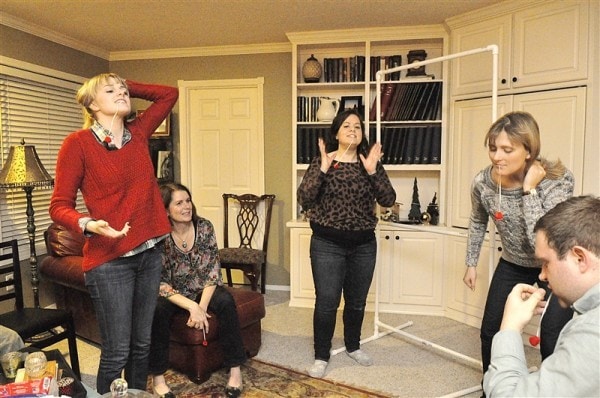 Minute to Win It Christmas Games 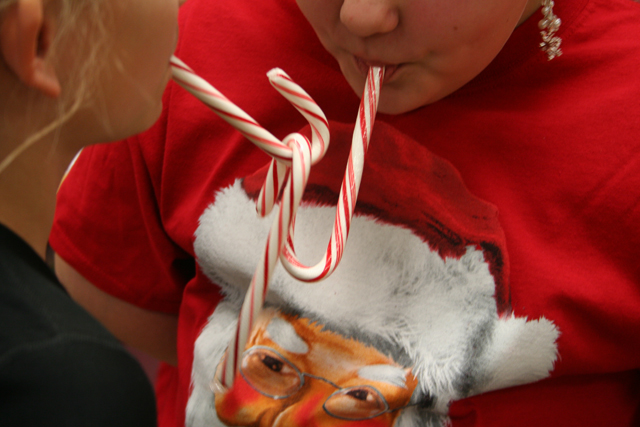 Christmas Minute to Win It Game

This is a couple game. Hence ask all the couples to assemble in the play area before starting.

The couple that piles up the maximum number of candy canes is the winner. 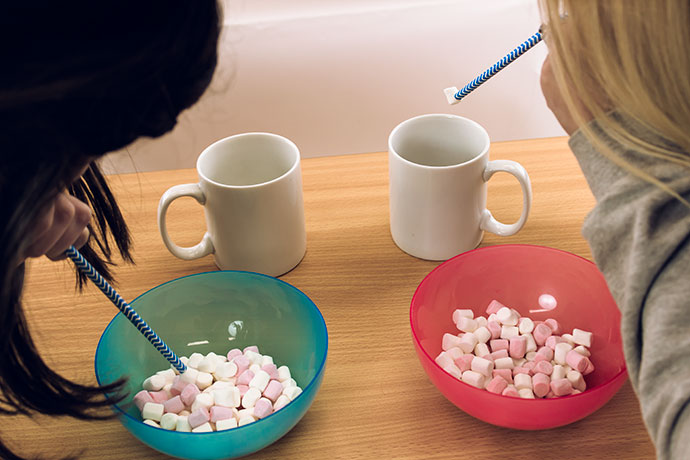 Minute to Win It Game for Christmas

You can have any number of players for this game. It would be a good idea to divide the group into 2 teams and see which one of them wins. Large groups can be divided into several teams. Everyone should participate and the team with the highest points wins.

No touching the marshmallows with the hand is allowed.

Tip: If you are able to take 2 marshmallows at a time with the straw, you would require half the time needed when you transfer them one at a time.

Stack Attack with One Hand 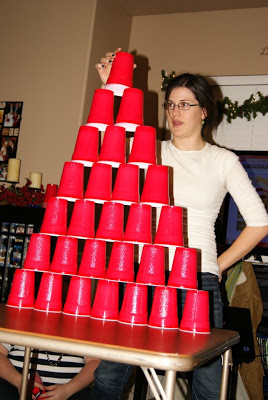 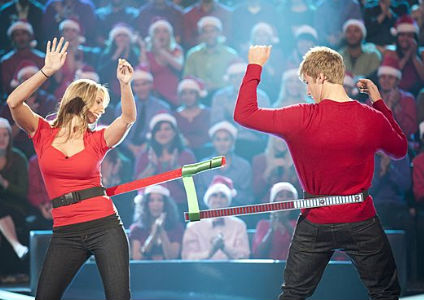 This game should be played with 2 or more teams having 2 participants in each. This is because the game can be played only with 2 people.

Jingle in the Trunk 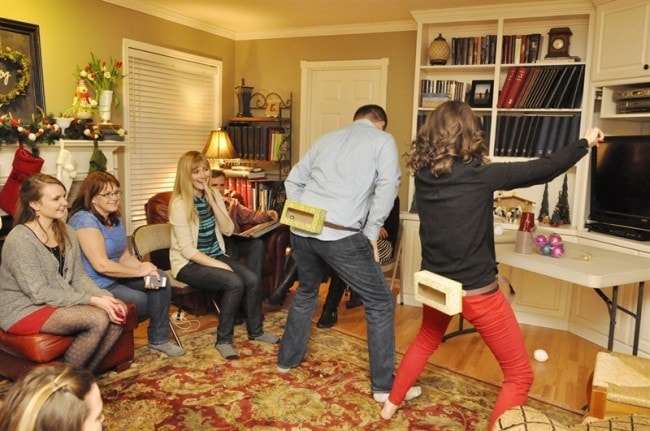 Minute to Win It Game for Christmas Parties

For this, you need empty tissue boxes, jingle bells and string. This is played with 2 or more players.

The person who completes the task first or one who removes the maximum jingle bells in the stipulated time is the winner.

Create around 3-5 stations each being nothing but a table with a ping pong ball resting on a stack of 3 nuts with a straw lying by the side. The players are allowed to use only one hand.

The person who completes the maximum Christmas lollipop arrangements in the designated time is the winner. The ball falling off the straw would result in elimination.

Below is the blueprint in the form of a video for helping you with the execution of the game. 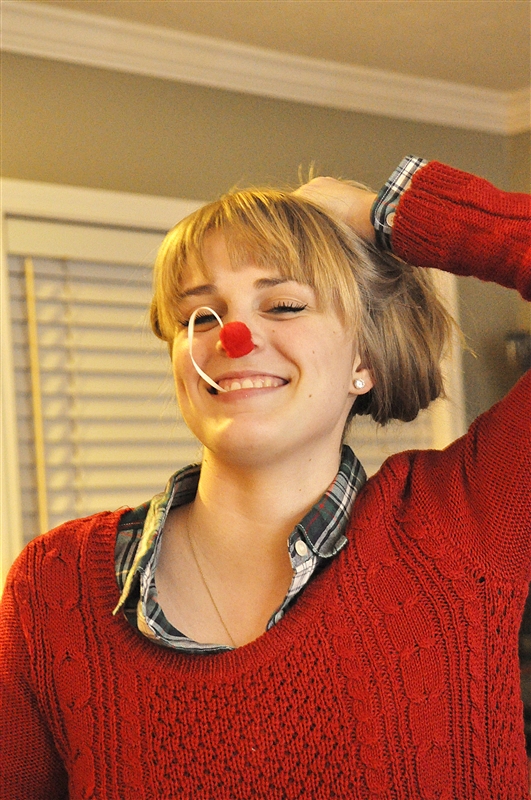 Christmas Game Minute to Win It

You would need Vaseline and 5 craft pom poms stuck at the ends of ribbons of length 7 inches for each player.

The person who finishes first or lands the maximum pom poms on his nose is the winner.

This is played with 2 persons. Divide the entire group into teams of 2 people.

The team that decorates the Christmas tree the fastest is the winner. A video guide is given below to help you. 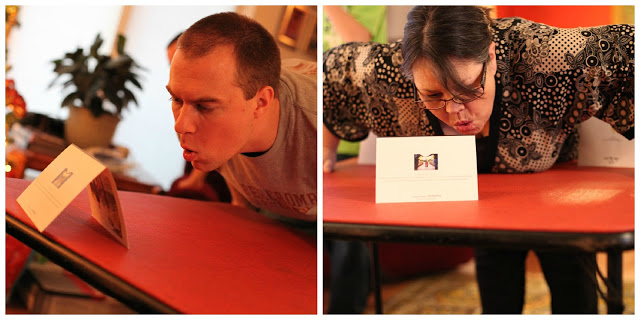 The player who gets the most hanging cards in a minute is the winner. You should only blow on the cards and not touch them in any way. 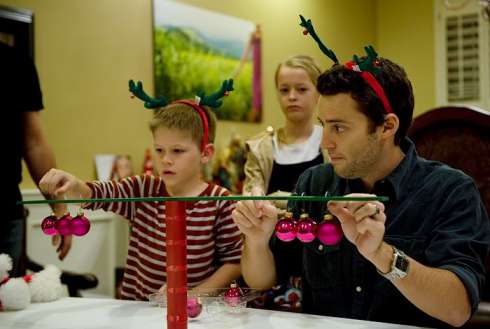 Minute to Win It Christmas Game for Kids

This game is played in pairs. You may create teams of 2 players each.

The team that finishes fastest and for whom the balance remains intact for 3 minutes is the winner. 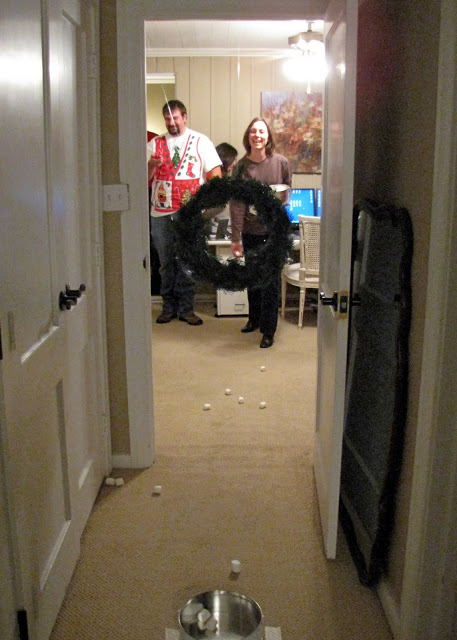 The players should maintain a specific distance from the wreath. The person who gets the maximum snowballs in the bowl in a minute is the winner.

You can pump up the fun by keeping note of your score in this printable scorecard. The highest scorer gets a grand gift. 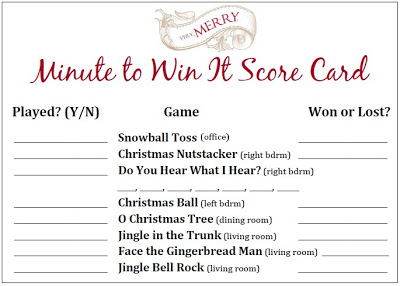 Christmas Minute to Win It Games for Kids

After going through the entire list, we are sure you would find the Christmas versions of the minute to win it games inviting. The bigger the group, the greater the excitement. They have instructions that are simple, can be played at home and don’t require a lot of supplies. The Christmas theme increases the fun by a few notches.