Are you planning to make the popular Teenage Mutant Ninja Turtles (TMNT) the theme for your son’s upcoming birthday? Kiddos are going to love the idea and your party is sure to be a hit. Here is a collection of games that you can play with them to keep the spirits up and soaring throughout the event. They are suitable for 4-5-year-olds and up to ages 12-15. Only the first game can involve toddlers. 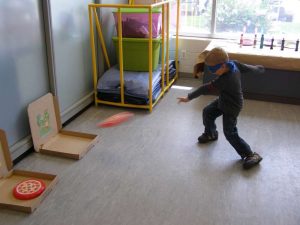 Choose a big room or a hall for playing this. You will need 5-7 empty pizza boxes and that many Frisbees. Make it interesting by covering their tops with colored paper circles having big red dots all over to replicate TMNT’s fave pepperoni pizzas! Set the kids into the mood of turtle action by cutting fleece strips 3-4 inches wide, cutting eye holes in them and tying the masks around their eyes.

2) Pin the Pepperoni to the Pizza 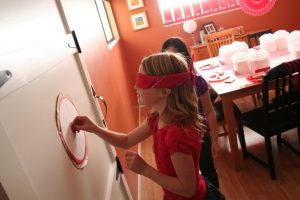 Preparation for the Game
How to Play 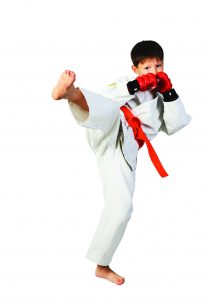 Mark or designate an area in which the children can play. They are not allowed to go out of this area, or they are disqualified. In this game, the birthday child (or any child) is the sensei while all the others are the students. 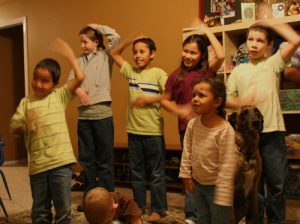 In case the whole group becomes out by wrongly following a command, they will all continue playing until a winner is decided.

5) Break the Board in One Karate Move 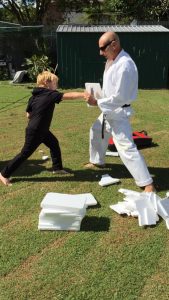 Take as many Styrofoam boards as there are children and paint them brown to resemble wood. You can keep a few extra pieces handy. Before starting, explain the youngsters that only trained martial artists can perform this activity on real wooden boards and they should never try that lest they get badly injured.

We bet they are going to yearn for repeating this game for more rounds. This is just for enjoyment and there is no one winner. On becoming successful at their efforts they can be given small prizes for recognition. If you want you can give the winner’s trophy to the one with the best TMNT move.

Here is wishing you best of luck with the party planning and decorations. The fun factor and bonding will be taken care of by the games. Cowabunga guys!