Home / For Kids / 6 Swashbuckling Pirate Party Games You Can Try

While organizing a pirate themed party, apart from taking care of the decorations, costumes and the food, attention has to be paid to conducting enjoyable games to breathe life into the celebrations. As the youngsters get engaged in the activities, the adults should be around to guide them properly so that they don’t go overboard. Our list of indoor and outdoor game suggestions is ideal for 2 to 8-year olds, including toddlers and preschoolers with advice for customizing them for adults and 9-11-year olds. 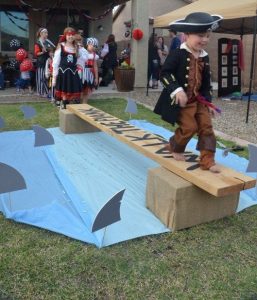 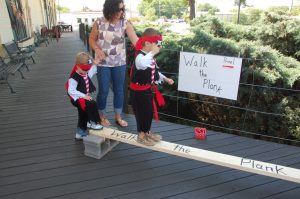 For this, you will need a couple of rectangular cinder blocks set on the ground and tied at the ends of a long wooden board (around 4 feet) with twine. It should be narrow enough to just fit a child’s feet.

If you want to include the toddlers, support them throughout the walk to prevent them from falling. It hones their balancing skills. 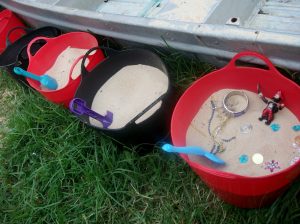 Line up plastic buckets or kiddie pools equaling the number of children and filled with sandbox sand on the ground. Embed treasures in the sand that could be plastic jewelry, toys or pirate rings. Each bucket should have the same number of goodies.

If you are organizing a pirate pool party, you can put the plastic jewelry at the bottom of the water at different places and let the kids get into Pirates of the Caribbean mood by diving inside to secure the maximum treasures within a specified time interval. Tap the mystery element of the game to infuse thrill in the young minds at Halloween or dinner parties. 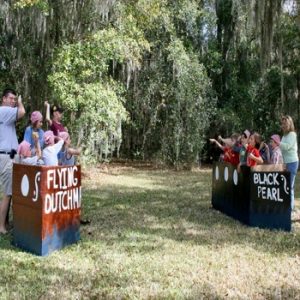 Prepare for this unique game by taking 2 large cardboard boxes and tearing off their backs and bottoms. Paint them in brown with a strip of blue at their bottoms resembling the sea waters. Paint the names of the ships on the front in white. Stand the structures on the ground facing each other at a distance of about 5 meters apart. You might need supports for propping them up. 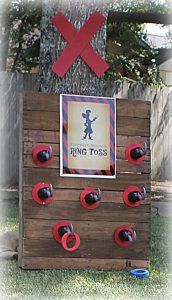 Drill a set of big metal hooks onto a large wooden board painted in red and black stripes (optional) and propped by wooden legs. You can also stand the board against a tree.

For adults or older children (9-11 years of age) playing the hook toss, increase the distance between the players and the board and use rings having smaller diameters. 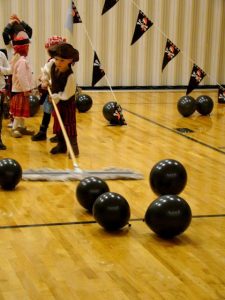 You would need to cover the floor of a large hall completely with balloons for this game.

Pin the Eye Patch on the Pirate

As the games are pretty easy and can be played at home, girls will also have a blast while participating in them if you are hosting a princess or mermaid and pirate theme party. Being simple and quick, you can adapt them for pirate themed hen parties too. Inspired by our creative and out of the box ideas your party is sure to be a huge hit with the kiddos. It would be good to get them dressed in pirate gear before starting the fun. You can also mention the dress code on the invites. Let the brave pirates have a great time in your company.