Star Wars: The Force Awakens party could be a great occasion for enjoying with your friends. It would be smart on your part to give the celebrations a fillip by designing cool games that tap the popularity of the Star Wars franchise for the group assembled. They keep the spirits high as you revel in pure celestial bliss. 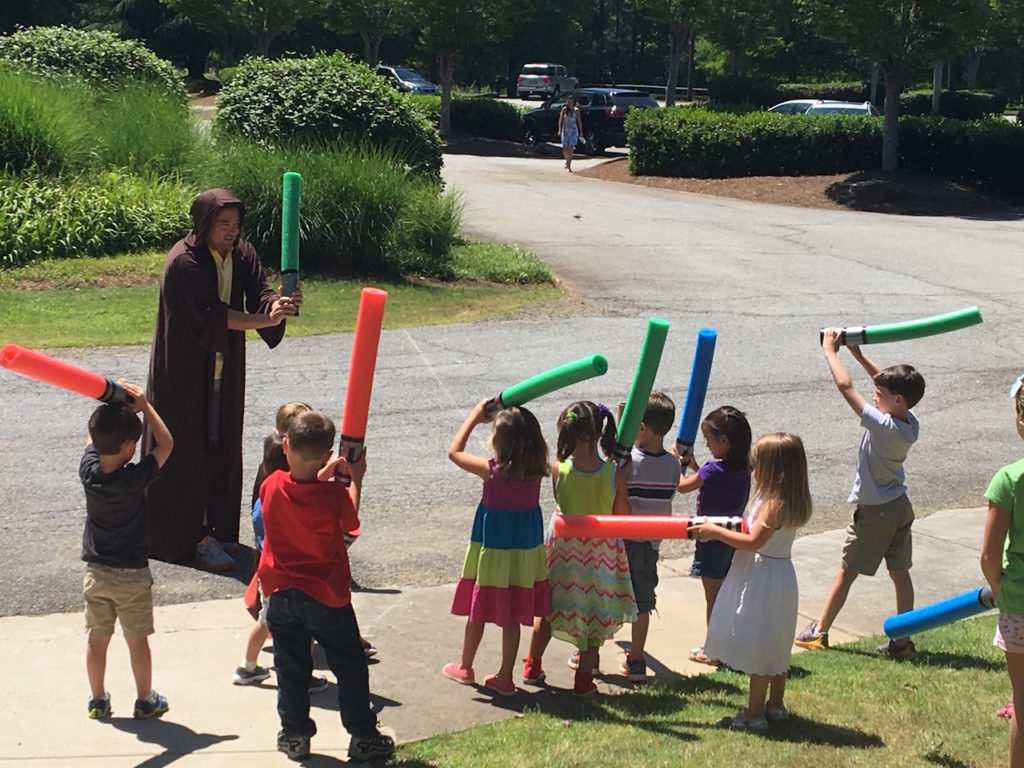 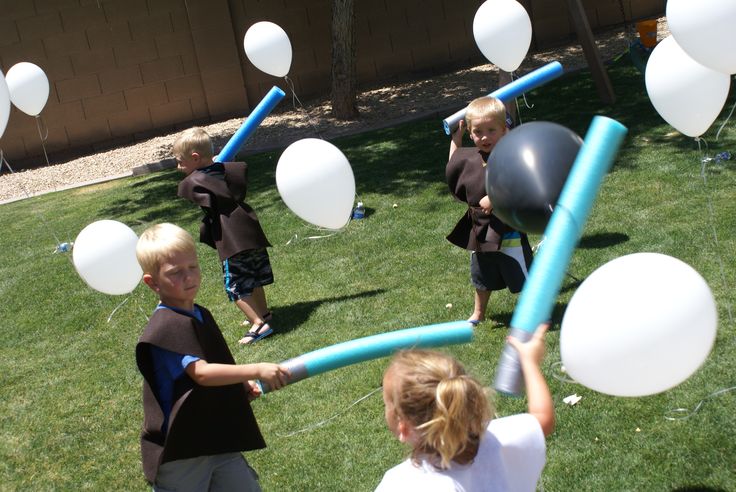 The person who bursts all the balloons in minimum time is the winner. Add some more fun at the end of the game by having someone dress like Darth Vader so that the kids can fight him.

For a Star Wars pool party, put the kids in large inflatable pool floats dressed in swimwear and let them fight with their lightsabers. Good swimmers can just swim along as they fight their opponents. 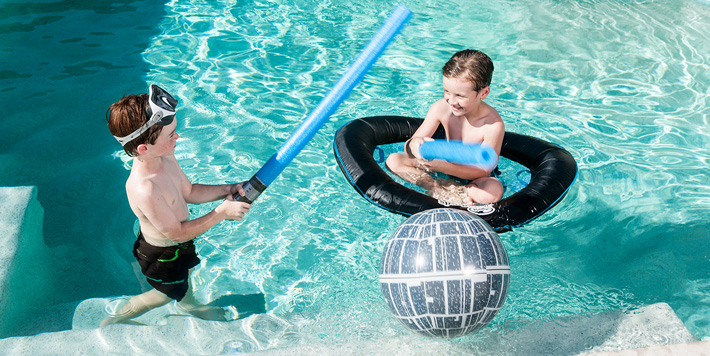 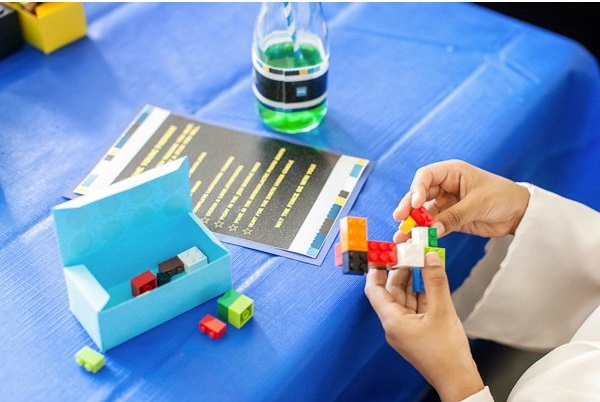 The child with the best design is the winner. 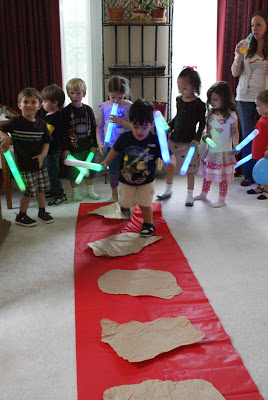 This Jedi training obstacle game requires the kids to traverse the lava fields of Mustafar valiantly.

N.B. There should be a considerable gap between the cut outs depending on the age of the players. 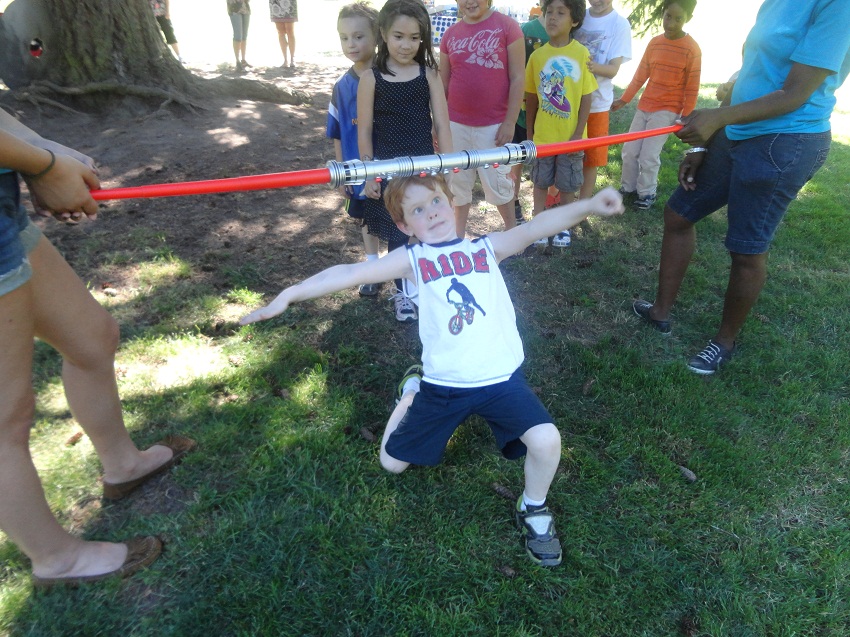 If anyone touches it, he is out of the competition. The person who stays in the contest for the longest time is the winner. The DIY game would be fun if you lower the lightsabers impromptu for varying intervals of time and height. 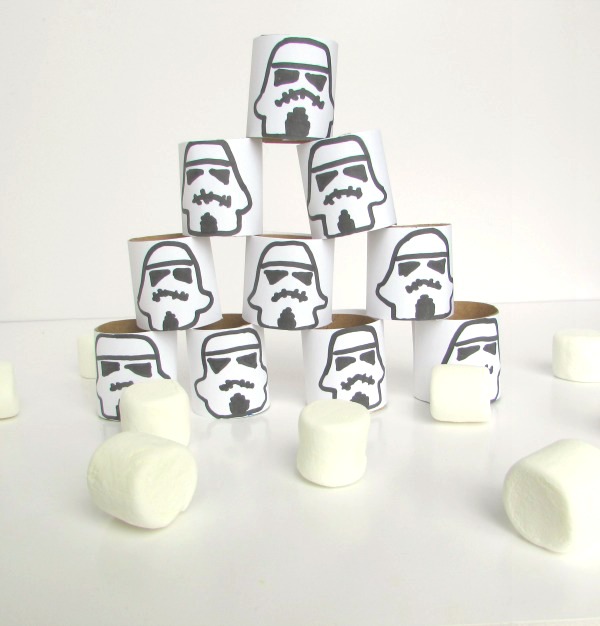 Knock them down in a single attempt with a marshmallow. If toddlers are involved, provide 3-5 marshmallows and increase the number of attempts accordingly. 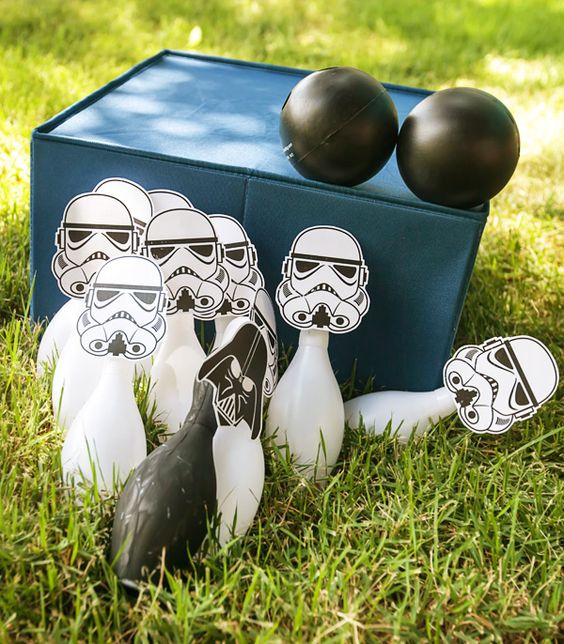 For a Star Wars Christmas party, you can draw reindeer horns on the Stormtroopers. 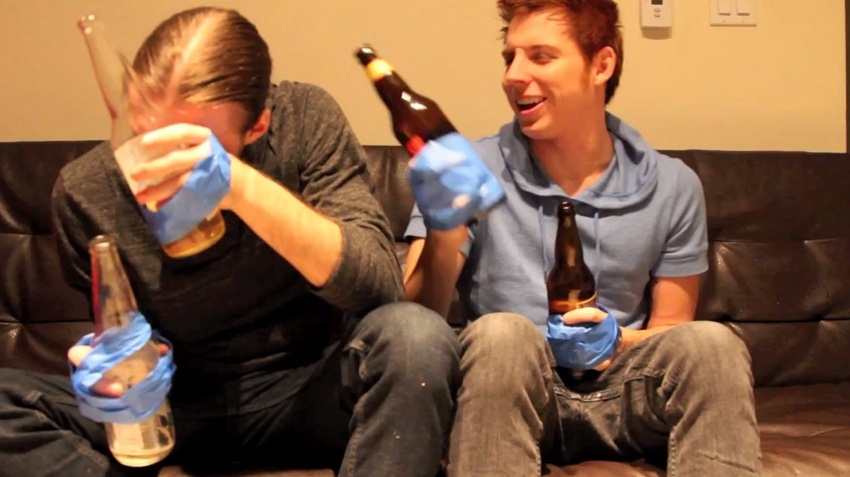 This drinking game is a fun take on Edward 40 Hands.

Since their hands are now full, they can’t do anything like going out of the room, visiting the washroom or answering the phone without finishing their drink. The person who finishes first is the winner.

The games are easy and are based on homemade ideas. The activities suit 5-10-year-olds and tweens. Excepting the first one that needs a large open area, almost all the Star Wars related games can be performed indoors. Play to sweat off all your worries and let your hair down.