Top 20 Minute to Win It Games Ideas for Kids

The Minute To Win It games can prove to be one of the best fun-times for both the adults and the kids. Children can play the homemade fun games at the birthday party, at school, at the church during Christmas, in the garden on Halloween (if not on the Valentine’s Day) or, in so many other holidays, and of course any time at home with friends. The rules are easy, the requirements are minimal, yet you have so many things to do!

These games are a great way to start a kids’ party. Let the crowd of children roar around you… Have “Thank you for playing prizes” as rewards (whether they win or lose). 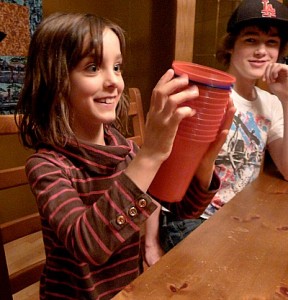 Minute to Win It Blue Cup Up Game

In this game, the contestant would start with 1 blue cup on top of a stack of 29 other red cups, and gradually stack the red cups one by one as long as the blue cup doesn’t reach the top again.

In this game, the contestant will stack 3 dozen cups in the shape of a pyramid, and immediately back down into one single stack. 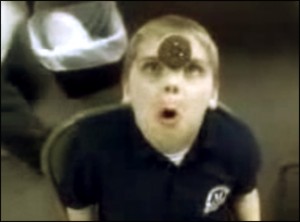 This one sounds yummy! You need to place a cookie on your forehead, and then need to get that into your mouth.

Seven Ding Dong chocolates would be stacked one by one on your forehead. This should be a good game for Christmas and the New Year Eve.

This should be an ideal game for the Mischief Night. One contestant would wrap another kid in toilet paper.  The winner would be the first player, who would get wrapped in a complete roll of toilet paper.

In this game, an index card has to be set on top of a cup, until five cups are set one by one. The contestant would then try to create a single stack of five cups. This is one of the toughest games because hardly any kid would successfully be able to finish it in a minute’s time. 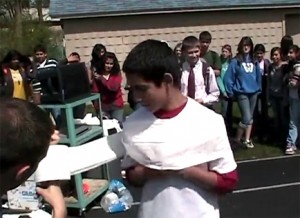 Minute To Win It Dizzy Mummy

A small toilet paper roll has to be unrolled by spinning the arm to 360 degree. In this game, the competitor might be given a grace to keep some of the paper unraveled at first in order to make this task possible.

Four layers of cans have to be stacked while keeping paper plates in between.

The kid will have to empty a tissue box using both hands.

Wear a panty hose on the head with a baseball bat hanging from it. Use this bat to knock over bottles.

Cut a cereal box into eight pieces and then assemble the front of the box.

Five cans, containing varying quantities of pennies, have to be set in the correct order.  Before starting the game, use a sharpie to write the numbers at the bottom of the cans.

The participant needs to relocate five Tic Tacs from one bowl to another using tweezers.

The players will use a drinking straw to blow a series of light plastic cups off a table.  To make the game more challenging, air gushing out of a balloon can also be used in place of the straw. 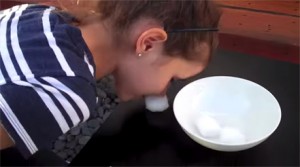 Minute To Win It Nose Dive

The kids would use only petroleum jelly smeared on the nose to transfer cotton balls from one bowl to another, without using the hands in any way. 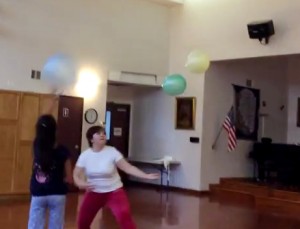 Minute To Win It Defying Gravity

Try to keep two balloons hanging in the air.

Hold an uncooked piece of spaghetti in your mouth, and use that to pick up six penne noodles laid around the circumference of a table.

The contestant will use a straw to transfer Smarties from one bowl to another. 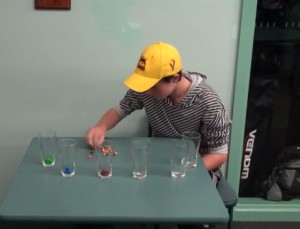 Minute To Win It Separation Anxiety

Different-colored candies have to be kept onto their respective colored plates picking up only one candy at a time, and using only one hand.

Place a light plastic bucket on top of your head and catch three balls in the bucket.

The unique concept and the game ideas from this globally popular TV show has brimmed the boundaries of nations and has now made its position in thousands of households. As an easy-to-play game, the Minute To Win It has been telecast in different countries in all the continents and in many languages, and has appealed to people of almost all ages.